Spock. The most iconic character in one of the most iconic TV shows in history. Star Treks themes of exploration and adventure have not only inspired generations of science fiction but also many of the scientists that currently advance our understanding of the universe.

Whilst I can't claim to be a trekker myself, Star Trek has been on my radar for as long as I can remember with the original series being one  of the first TV shows I remember watching and the Undiscovered Country being the fist film I saw at the cinema without my parents.

And as much as I enjoy it, Leonard Nimoy's appearance as Mr. Spock lent a few moments of class the rebooted series, that will sadly never be repeated. 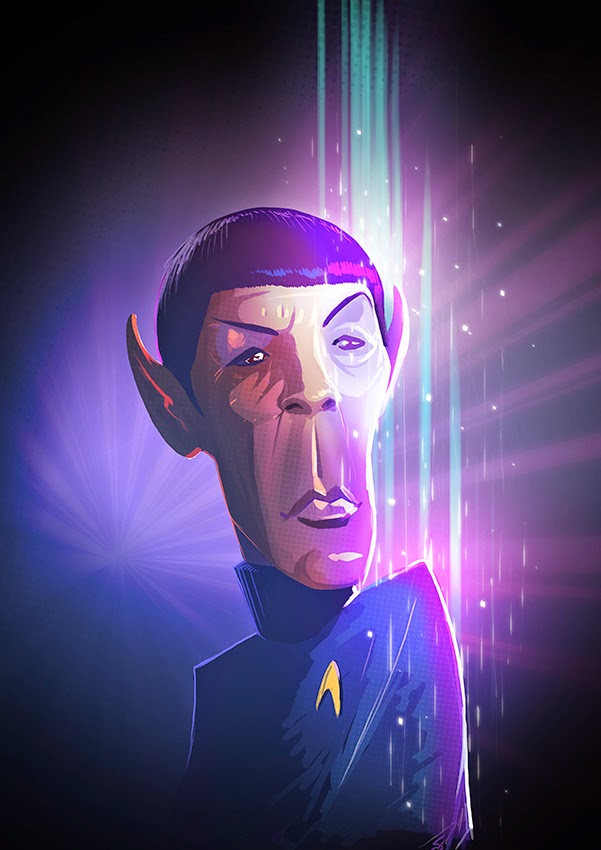 Return to the Planet of the Apes

For as long as I can remember I've been a fan of the Planet of the Apes films (and TV series. Deal with it) and while not every entry into the franchise has been flawless the two recent films have really shown the strengths of the story.

I really hope that this incarnation of the franchise continues long enough to see America conquered by the apes, with the east coast replacing what was once the wild west and then finally the apes setting off in re-purposed ships for the 'new world'.

This would open the doors to the mirroring of one of the darkest periods in human history as the Apes engage in the mass trade of slaves. That and Viking raids, piracy and just imagine naval warfare with angry, rum drunk chimps swinging from the masts and shivering their timbers all over the place. 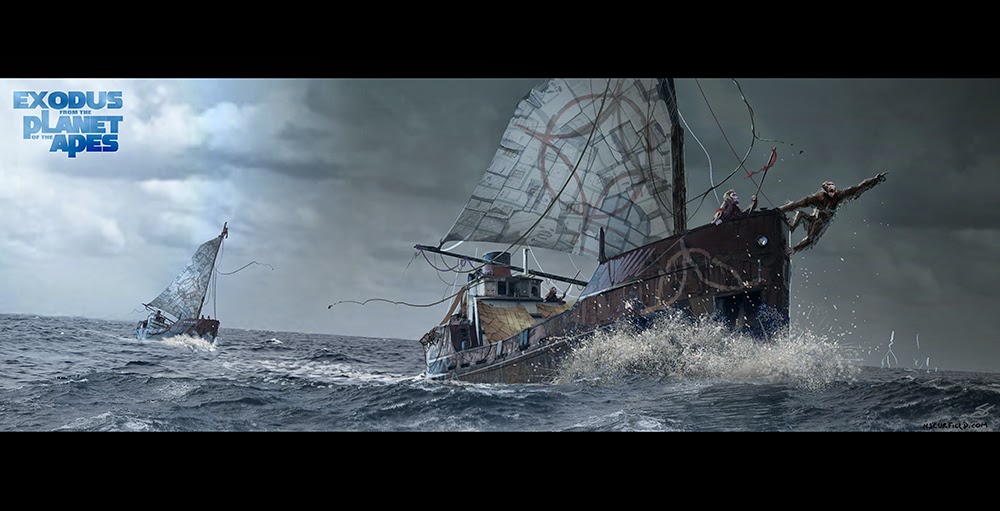 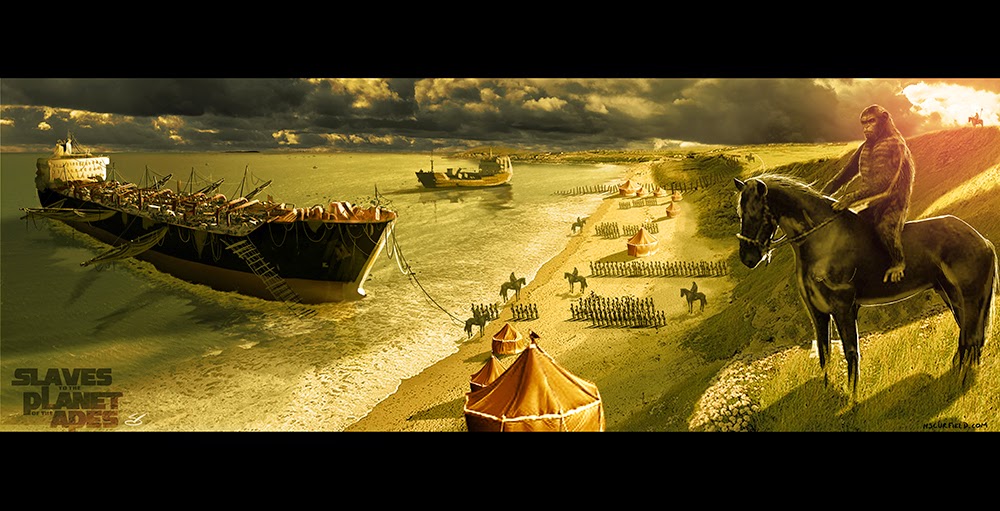 Email ThisBlogThis!Share to TwitterShare to FacebookShare to Pinterest
Labels: Apes concept art, Planet of the Apes, Rise of the Planet of the apes

So a short while ago* I duped a group of friends and family into throwing a few hours of their valuable time into my latest vanity project.

The following short film was a project that would allow me to learn more about the processes behind film making, and I definitely learned some valuable lessons.

WARNING: This is in no way suitable for children. Not even a little bit.

The music 'Music to run away from - Zombies' was generously permitted for use by its creator Z Catcher. Many, many thanks to him and everyone else involved. 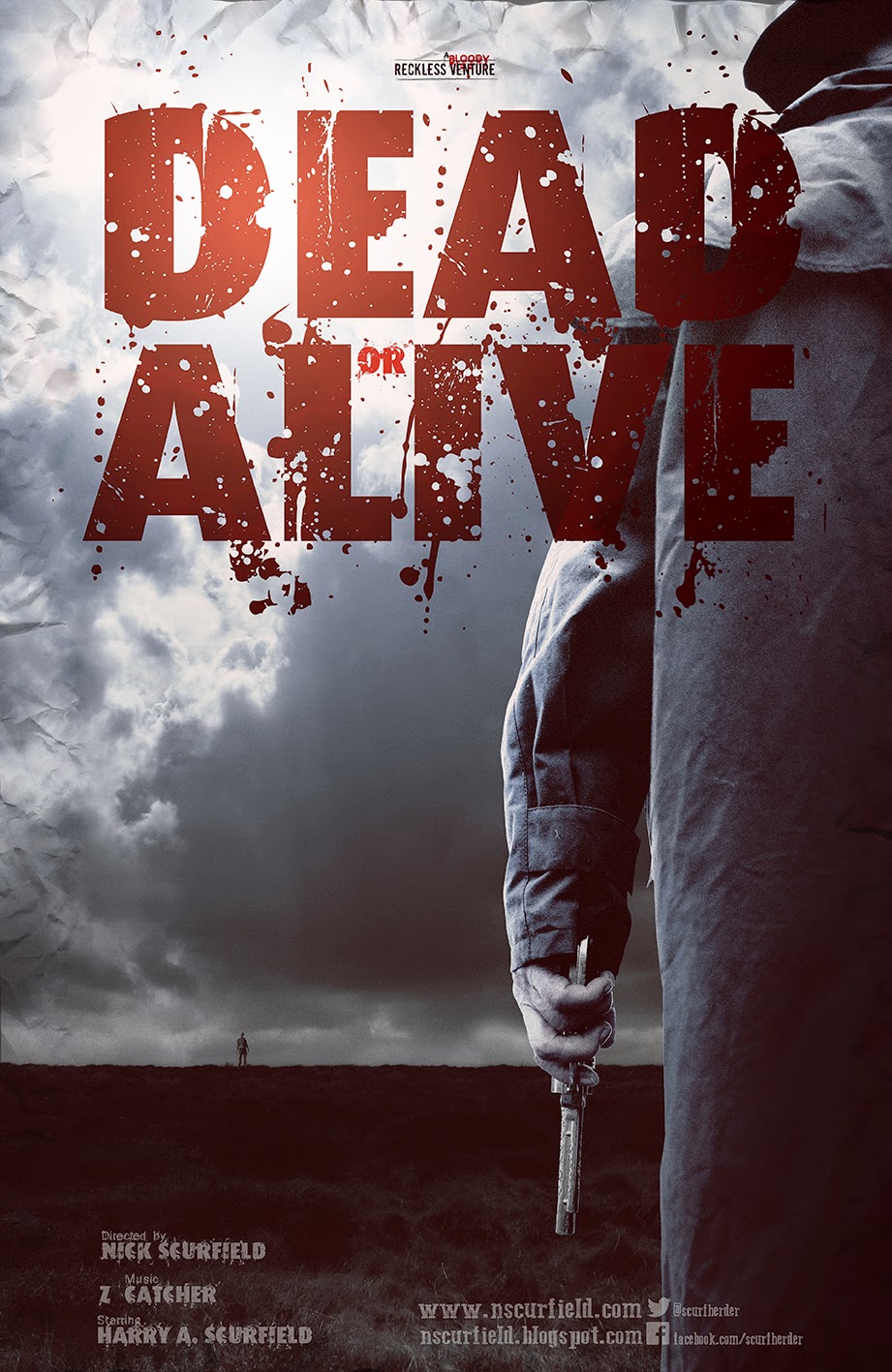