Today will hopefully go down in history with the successful launch of Space X's Falcon Heavy Rocket. If it goes without a hitch, it will pretty much see us on the path to becoming a multi-planetary civilisation. That said, Elon Musk has stated there's a 'real good chance it won't make it to orbit'. (But it did! Yay!) 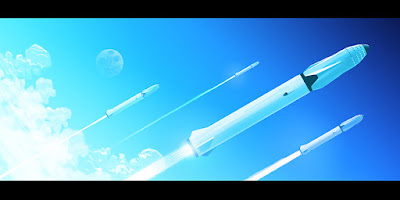 Regardless, this Falcon Heavy will pave the way for the BFR (Big F**king Rocket (actual Space X Terminology)) which will carry a manned missions to mars. Elon Musk has stated that he intends to send four of these beasts to Mars. With 100 people. On each. In 2024.

That boggles my tiny mind. 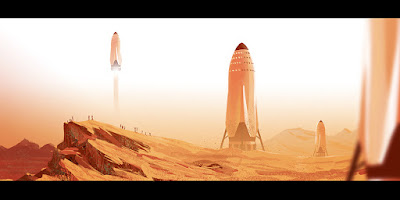 Its incredible to think we could be living on another world in my lifetime.

Best of luck today to all at Space X, its going to be one hell of achievement!